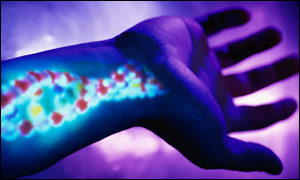 Trace DNA Analysis – if your DNA is on the evidence, did you really touch it?

When a crime is committed the usual process is that investigators look at the crime scene, forensics collect samples and take pictures, they release the crime scene, and a crime scene cleanup atlanta service is called to help get rid of the mess. It might sound simple enough but there is now so much forensic evidence to collect that it can be quite a complicated process. And it used to be that if your DNA was found at a crime scene, there was a pretty good chance that not only were you present at that crime scene, but you probably were involved in the crime as well. After all, if your blood was found on the murder weapon or your semen was found on or in the victim, chances are you were probably intimately involved with the person and/or the crime.

With current forensic DNA technology, however, it is not just semen, saliva, and blood samples being submitted to the lab for analysis. Now, contact DNA samples – derived from skin cells when an item is touched – are routinely being submitted. The sensitivity of the testing systems keeps increasing, and with it comes the ability to obtain a DNA profile from the most minute of samples. However, this turns out to be a double-edged sword in some cases. While it is truly amazing to be able to get results from such minimal samples, the problem lies in the fact that it is no longer quite so clear-cut that the person whose DNA is found at the crime scene is actually involved in the crime, or that they were even anywhere near the crime scene to begin with!

Touch DNA samples generally cannot be serologically tested to determine their biological source. So,unlike the blood found on a bloody knife or the saliva found on a bite mark, while forensic scientists can determine if DNA is present, they cannot determine if it is blood, semen, saliva, skin cells, mucous, sweat, vaginal fluid, etc. if it is submitted as a “touch DNA” swab. In addition, these type of samples are often consumed during testing leaving no sample remaining for defense re-testing.

Although the improvements in sample collection, extraction, quantitation, and amplification through the years have been astounding, some might wonder if we have pushed DNA analysis just a little too far. Current technology allows the analyst to obtain a usable DNA profile from far less than the 1-2 nanograms needed in the not so distant past. One nanogram is equal to the amount of DNA in ~150 cells. It is now routine for results to be obtain with half a nanogram or even much less. If results can be obtained with only a few cells, how difficult is it for those cells to arrive at a particular location?

Due to the fact that DNA results can be obtained from such miniscule amounts of DNA and it is not often possible to determine the body fluid source of the DNA (not to mention the fact that investigators are submitting more, and more varied, items of evidence for analysis) the possibility of an adventitious DNA match is more likely than ever. Journal research dealing with DNA transfer confirms what Edmond Locard stated over 60 years ago – “Every contact leaves a trace”. This is the basis behind all of the forensic disciplines, from fingerprints, to trace evidence, to DNA. However, the “trace” of DNA needed to be left behind to be detectable keeps decreasing.

According to Wikenheiser1, we shed around 400,000 cells per day. We know, through various journal articles (summarized nicely in a 2013 article by Meakin and Jamieson2) that simply touching an object can leave anywhere from 0-169ng of DNA. Research has shown us that foreign DNA can be present on the body of an individual who is not involved in a crime. For instance, Graham and Rutty3 found that in 14 of 24 individuals tested, non-self DNA was found on their necks. This is DNA that had arrived on the necks of the individuals through some unknown manner – perhaps they shook hands with someone and then touched their own neck. Perhaps someone they were involved in a conversation with sprayed a bit of spittle onto their neck (Port, et al4 found it takes only 30 seconds of speaking for an individual to contaminate their immediate environment with their saliva). But, if these individuals happened to be victims of a strangulation, instead of research volunteers, the “non-self” DNA located on their necks would be likely be assumed to be from the person who strangled them.

Similarly, researchers have found that DNA can transfer through non-intimate social contact from the hands of a male individual to his penis during urination5. So, if you are a male who spends time with a female acquaintance and her DNA is later found on your penile swab, it is conceivable that you may find yourself accused of sexually assaulting her. One caveat – the study found that after three minutes of hand-holding and face touching, the only time transfer of female DNA to the penis occurred is if urination took place immediately afterward. However, the fact that the DNA could transfer from the female’s hands/face to the male’s hands and then one step further, to his penis, and be detectable at all, is a frightening realization of how sensitive the testing techniques currently in use are.

The analysis of fingernail clippings was not a routine occurrence even in the recent past. As recently as 2000, researchers were advising against the routine analysis of fingernail clippings as it was a rare occurrence to obtain a foreign DNA profile6. However, with recent advancements in technology and sensitivity we now know that, while foreign DNA under the fingernails is most likely to be seen when intimate contact has taken place7, it is quite possible to see mixtures of DNA under the nails of individuals who are not crime victims, especially if they live with others such as partners, children, and roommates. In fact, recent research discovered that between 37%8 and 41%7 of samples tested showed some evidence of a mixed DNA profile.

If more specialized amplifications kits are utilized, such as Y-STR kits which will amplify only the male DNA present in the sample, the probability of obtaining a foreign DNA profile under the nails rises even further. Malsom et al8 performed Y-STR testing on 54 female fingernail samples. When tested with traditional autosomal STRs, only 7 showed any signs of a mixture with drop-in of less than 4 alleles being detected. When these same sample were tested with Y-STRs, an amazing 63% (34 of 54) produced Y-STR profiles and seven of these profiles were mixtures of male DNA. This study shows that although the male DNA was always present in the sample, the female donor’s DNA masked the smaller amount of male DNA .

If DNA can be found in such intimate places as fingernails, necks, and even penile swabs when it is known that the individual being tested was not involved in a crime and in some cases direct contact with a second individual did not occur, then how likely is it for DNA to be found on objects that were never actually touched by the donor of the DNA profile? Article after article has shown that DNA not only transfers through primary contact with an item, it also can transfer secondarily and even, in some instances, further9. DNA can transfer from one area of an item to another area during packaging and transport from the crime scene10. DNA can transfer from one cigarette butt to a second cigarette butt if the butts are packaged together10. DNA can transfer from an evidence item to the gloved hand of an analyst and onto a different item of evidence11. DNA has been shown to transfer from a person’s hand to a child’s toy and then onto a lab coat12. And, DNA can hang around for a while. Even touch DNA is known to last for up to 2 weeks outside and 6 weeks or longer inside13. So, is it really so unusual to think that your DNA could end up at the scene of a crime that you were not involved in?

While the advancements in DNA testing are overall fantastic and fascinating, the DNA analyst, investigator, and prosecution must be aware of the limitations of the testing in terms of determining how the trace DNA arrived at a location and how long it might have been there. No longer can it be assumed that if your DNA is located at a crime scene you must have been present, and you probably committed the crime. Instead, investigators must look at other evidence surrounding the case, both circumstantial and physical, and consideration must be given to the fact that the DNA, especially if it is touch DNA, could have arrived on the evidence innocently or it could have been transferred via a secondary transfer event