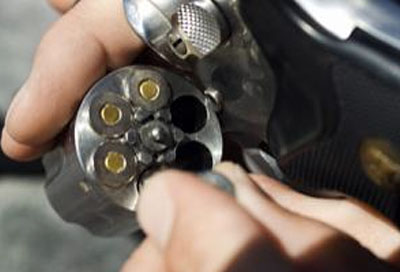 Successful DNA Profiling from Cartridge Casings – is it Possible?

The use of firearms during the commission of non-fatal violent crimes (including rape/sexual assault, robbery, aggravated and simple assault) has been estimated at 22% based on the results of the 2009 National Crime Victimization Survey (NCVS). Couple this with the fact that the FBI’s Crime in the United States report for 2010 estimates that 67.5% of all homicides involve the use of a firearm, and it is clear that firearms, bullets, cartridges, and casings are common forensic evidence, whether that be in a standard conceal carry case (such as those seen on https://gunlawsuits.org/gun-laws/north-carolina/concealed-carry/) or a more gratuitous charge.

Traditionally these items are examined by the firearms section of the laboratory, and possibly by the latent print section as well. It has become more prevalent, however, for the DNA section to have a hand in the examination of not only firearms, but also cartridges, bullets, and casings.

This article will focus on the attempts at collection and extraction of DNA from fired bullets and cartridge cases as there is little question that DNA can, and quite often is, obtained from the grips, trigger, slide, and other areas of a firearm. On the other hand, for many years, it was thought by most practicing forensic DNA analysts that any possible touch DNA transferred to a cartridge case or bullet during the gun loading process would be obliterated when the gun was discharged due to the intense heat generated during firing. In fact, it has been estimated that internal temperatures of the firearm chambers can reach up to 1800 degrees C for between 0.5 and 5ms1. Surely, DNA can not withstand this intense heat – or can it?

While there is still very little data present in the literature, in contrast to earlier studies, recent reports have found it is indeed possible to obtain DNA profiles from spent cartridge cases and shotgun shells. A 2004 study – perhaps the first reported, and thus relied upon by many forensic practitioners – was performed by forensic scientists in Wisconsin and reported in the Midwest Association of Forensic Sciences newsletter2. The authors of this study determined that it was extremely unlikely to obtain a DNA profile from fired casings. However, the Wisconsin study was limited (only 10 samples were tested), a single swab versus a double swab was used to collect the evidence (some studies have suggested that the double swab technique, whereby a wet swab is followed by a dry swab, can increase DNA yield), the sample was not concentrated to its fullest extent, an older and less sensitive quantitation technique was utilized, and a less sensitive amplification protocol was followed. Therefore, the results obtained in this study should not necessarily be relied upon to dictate what is and is not possible in the forensic DNA lab of today.

More recent work performed at the Virginia Department of Forensic Science1 in 2008 has shown that it is indeed possible to obtain a DNA profile or partial profile from a fired cartridge casing or shot shell. The VA DFS study focused primarily on the use of Mini-STRs to yield DNA profiles, but they also performed some work with the Promega Powerplex 16 amplification kit and the Identifiler kit with limited success. Mini-STRs amplify smaller fragments of DNA than typical amplification kits and thus they are better suited for use with samples that contain degraded, inhibited, or very small amounts of DNA.

One of the most interesting finds of the VA-DFS study was that there was no significant difference in DNA yield between fired and unfired cartridge cases. This finding illustrates that even though the DNA present on the cartridge and bullet undergoes exposure to intense heat, the DNA is not completely destroyed. This could mean that if a fired bullet is collected from the scene (for example, in a wall or the floor, etc.), touch DNA may potentially survive.

The VA-DFS study also found that the metal components of the cartridge casings did at times have an inhibitory affect on the PCR reaction used to copy the DNA molecule. In fact, a comparison of swabs taken from both fired and unfired cartridge cases showed no results with the Powerplex 16 amplification kit even when the same sample yielded usable results with the Minifiler Mini-STR system. Since the unfired cases did not yield results with the PowerPlex kit, degradation due to intense heat was ruled out, but possible inhibition of the amplification reaction was not. It is quite possible that the next generation STR multiplex kits (PowerPlex 16HS and Identifiler Plus) may be able to better overcome these inhibition problems as they have been redesigned and reformulated to yield better results with this type of sample.

While the VA-DFS study focused mostly on cartridge cases, some experimentation was performed on shotgun shells as well. The authors found that the total amount of DNA recovered from the fired shotgun shells ranged from 0 to 3.1 nanograms. However, one shotshell sample had to be eliminated from the study due to extensive contamination from an unknown source. On the other hand, it is important to note that the authors did not see any contamination from unfired shells taken directly from the packaging, with the exception of a single allele present in one STR profile.

Only one other study on the analysis of DNA from fired bullets and casings, published in a peer-reviewed journal, could be located. This paper, out of The Netherlands, was published in 2010. The scientists in this study focused on first designing a sensitive method to extract DNA from cartridges, bullets, and casings (CBC)3. Their methodology involved actually soaking the entire CBC in lysis buffer with agitation via rotation for 30 minutes followed by swabbing the CBC with a dry sterile cotton swab which was then added back in with the soaking buffer to be extracted. The authors noted that initial testing of CBCs involving only swabbing of the outside of the bullet or cartridge casing (similar to that done with the VA-DFS study) was much less successful, in terms of obtaining DNA, as compared to the soaking method, alongside improved DNA data extraction methods there is now also massive improvements within the tech industry that can provide systems that can use data preparation methods to comb through the important information for analysis.

Overall, the group from the Netherlands was able to obtain reliable and reproducible DNA profiles in 163 out of 616 criminal cases (a success rate of 25.6%) and in 283 out of 4,085 individual items (a success rate of 6.9%) between January 2003 and December 2009. However, it should be pointed out that according to the paper, the forensic scientists were required by law to retain half of the DNA extract for possible retesting. Therefore, they started with 80 ?l of extract, stored half of it, and used the remaining 40 ?l for testing. If the samples had been concentrated to 15 ?l prior to quantification and amplification, it can be assumed that a greater success rate would have been seen. In comparison, the VA-DFS study, using the MiniFiler system with controlled experiments, not actual casework, realized a success rate of ~46%.

In summary, contrary to earlier reports, it is indeed possible to obtain a DNA profile from a fired cartridge casing or shotshell. In addition, although the 2010 Netherlands study did not directly report any results from fired bullets, they did comment that, “it is possible to retrieve a number of different categories of (parts of) ammunition at the crime scene (1) the intact cartridge, often still in its magazine loaded into the firearm, (2) the empty casing thrown out of the firearm, and (3) the bullet (penetrating or non-penetrating)”. The authors go on to state that with the exception of the penetrating bullet, which would be expected to contain DNA from the victim, “all parts of ammunition can hold biological material from the person who loaded the magazine”. Therefore, although success may be limited, it may indeed be possible to obtain a DNA profile from a fired bullet.

A recent (March 2015) article in Forensic Science International: Genetics discusses the use of an optimized procedure (as described in the Dieltjes study above) for obtaining DNA from fired and unfired ammunition. The study was conducted by the San Diego Police Department Crime Laboratory and the authors found that using the optimized method, usable DNA profiles were obtained from 26.1% of the total number of forensic casework evidence samples. Interestingly, the study also discusses the relatively high prevalence of mixtures (39.9%) obtained from test samples that were only handled by one individual thus leading the authors to conclude that secondary transfer and possibly even tertiary transfer may have been occurring at a reasonably high rate in their study.