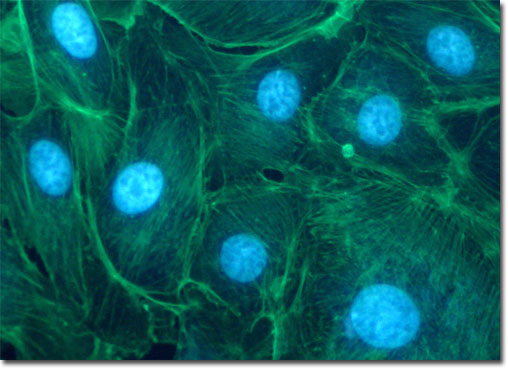 If a sexual assault occurs and there is no ejaculation, is it still possible to detect and identify a male assailant?  Traditional forensic DNA analysis of sexual assault-type samples focuses on the identification and typing of sperm cells collected from the victim’s body, clothing, or bedding.  With the advent of more sensitive typing methodologies, it became common-place to also examine fingernail clippings for foreign DNA as well as swabs collected from areas on the victim’s body where the suspect was said to have kissed, licked, or bitten the victim.  As our understanding of DNA transfer increased, DNA analysts and Sexual Assault Nurse Examiners began advising the collection of the suspect’s underwear along with penile swabs from the suspect if a limited time period (perhaps 36 hours or less) had passed between the assault and the apprehension of the suspect.  In addition, finger swabs (in the case of digital penetration) could also be collected from the suspect.  These samples are tested as they can demonstrate the presence of the victim’s DNA on the suspect, thus linking the two individuals.

The presence of female DNA (whether through saliva or vaginal fluid) on the fingers, penis and/or underwear of the male attacker is not entirely surprising given the large amount of nucleated cells present in both of these fluids.  But, what about the reverse?  If ejaculation has not occurred and therefore no semen is present, is it possible to collect skin cells shed from the penis inside of the victim’s vagina?

Although difficult, it has been shown through various studies to be possible to obtain DNA from the perpetrator of a sexual assault even if ejaculation has not occurred.  Just as an individual sheds skin cells from their hands, they also shed skin cells from other parts of their body, including their penis.  Although not directly addressed in the studies, it would also seem to be possible for DNA to be transferred to the vaginal canal via pre-ejaculate fluid which is derived from secretions of the Cowper’s and Littre’s glands and may or may not contain some sperm (studies are conflicting in this area and it may depend upon the individual as well as the sexual activity of the individual prior to collection of the sample for the study).

As early as 1995 it was known that non-sperm male cells were detectable in post-coital cervicovaginal smears. Roa, et al1 found that even when the male was vasectomized, a technique called Fluorescence in situ Hybridization (FISH) could identify male cells in women reporting sexual contact. Even more interesting, the non-sperm male cells were detectable by FISH up to 3 weeks after sexual activity!  In comparison, sperm cells are typically detected up to 3 days in vaginal swabs and up to 7 days in cervical swabs.

One issue with this study is that it is unclear whether ejaculation took place or not with each of the tested samples.  A second study in 2002 using FISH technology included testing of vaginal swabs obtained following intercourse with no ejaculation2.  The researchers found that male epithelial cells were able to be identified even in samples where no ejaculation had taken place, thus proving that male DNA can be transferred to the vaginal canal through intercourse without ejaculation.

Around this same time period, the forensic DNA community gained a new tool in it’s arsenal – that of Y-STR typing.  Y-STR analysis ignores the contribution of female DNA and focuses only on the male DNA present on the Y chromosome of the sample.  Thus, it was now possible to obtain a male DNA profile from a sample that would normally have an overwhelming amount of female DNA that would act to hide or “mask” the contribution of the male.  Examples of evidence samples that can benefit from Y-STR testing include fingernail clippings from females, vaginal swabs from women who have been raped by aspermic or vasectomized males, and any other sample where the majority of the DNA is expected to be from a female individual and it is probative to identify the presence of any male specific DNA.

A more comprehensive study4 in 2002 to determine if Y-STR DNA analysis could be beneficial in cases where there is no detection of spermatozoa found that of 104 sperm negative samples (collected anywhere from 2-192 hours after the alleged assault), 25 vaginal swabs, 3 anal swabs, and 2 oral swabs were positive for Y-DNA.  The authors opine that the male DNA detected can be explained by “either a very low sperm cell amount, or identification of Y-bearing non-sperm cells.  Non sperm male cells could be epithelial or inflammatory cells that are indistinguishable from the victim’s cells with conventional cytology.”  The male DNA detected could be from exfoliated male epithelial cells resulting from penetration.  More recently, lab personnel in Australia performed a review of cases at the Division of Analytical Laboratories in New South Wales and found that in cases involving digital or penile sexual assault (without semen), Y-filer results were obtained on ~33% of vulval swab collected within12 hours of the assault5.  In addition, in a similar 2104 study involving 47 digital and/or penile penetration cases with samples collected within 48 hours of the alleged incident, 30% of these cases yielded at least one Y-STR profile comprising three or more alleles per profile with greater success rates typically found with samples collected closer in time to the alleged incident (although one notable sample was collected from the low vaginal canal of a 15 year old female 48 hours after an allegation of vaginal and anal intercourse.  The sample yielded a 16 allele Y-STR profile matching that of the suspect)6.

In the future, a technique involving FISH to identify and isolate male cells in postcoital samples may become available at the crime lab.  Murray, et al7 were able to identify male epithelial cells in postcoital vaginal swabs through the FISH technique.  The male cells were selected and isolated from the female DNA through laser micro-dissection and were extracted and analyzed with conventional DNA typing kits.  The researchers found complete or near complete male profiles were obtained even in the presence of overwhelming amounts of female DNA.  The authors of this study correctly conclude that this technique could have beneficial implications for cases involving “penetration without ejaculation, digital penetration, or oral sex”.

Until this technique is readily available, it is important to recall that DNA analysts already have a validated method to select only male DNA containing cells with the use of Y-STR typing.  Although the statistical significance of a matching Y-STR profile is much less than that of a typical nuclear STR profile due to the paternal inheritance of the Y chromosome, if a suspect is available for comparison, a non-matching Y-STR profile provides strong evidence that the wrong person has been accused while a matching profile, along with corroborating circumstantial evidence, can be key in gaining a conviction.

5.  Franco, M and Trabuio, S.  Impact of Y-filer testing on the recovery of evidence in sexual assault investigations.  http://events.cdesign.com.au/ei/viewpdf.esp?id=314&file=//srv3/events/eventwin/docs/pdf/anzfss2012abstract00613.pdf

7.  Murray, C et al. Identification and isolation of male cells using fluorescence in situ hybridisation and laser microdissection, for use in the investigation of sexual assault. For Sci Intl: Genetics (2007) 247-252.